Growing up, all children love to do is have as much fun as possible and not learn so much academically. However, when you mix learning with fun, kids just see the enjoyable side and learn without even realising. So, here is our list of fun learning activities for your kids! (our great casting kits are a fun activity too!)

Encouraging kids from an early age to explore is an essential part of letting them grow up as it gives them confidence to solve problems by themselves. Children love discovering new things, especially if it’s treasure because their imagination will run wild till they figure out what it is and where they can find it.

So, by organising a treasure hunt in your garden will push your kids to solve all the clues needed for them to find the treasure. You can create a map of the garden and a trail for the kids to follow, but along the trail there are different spots where they have to stop and solve a puzzle. When the puzzle has been solved it will reveal the next location they have to visit and a new clue they must figure out.

The main objective of the treasure hunt was to sharpen the kids map reading skills, as being able to read a map at an early age will be very beneficial when they eventually become adults. If your children would like a challenge, then task them to create their own treasure map and you can uncover the treasure they have buried from you!

Children’s minds are baffled when they see an experiment that blows them away. Which is why science and art as a child is arguably more fun as the simplest experiments make their faces drop and encourages them to try it themselves.

There are many different experiments you could try which are safe for kids to partake in. To begin with, you could start with mixing colours and try creating each colour from the rainbow, or, if you’re up for more fun and an exciting challenge, then the vinegar, baking soda with a balloon experiment is perfect for you. 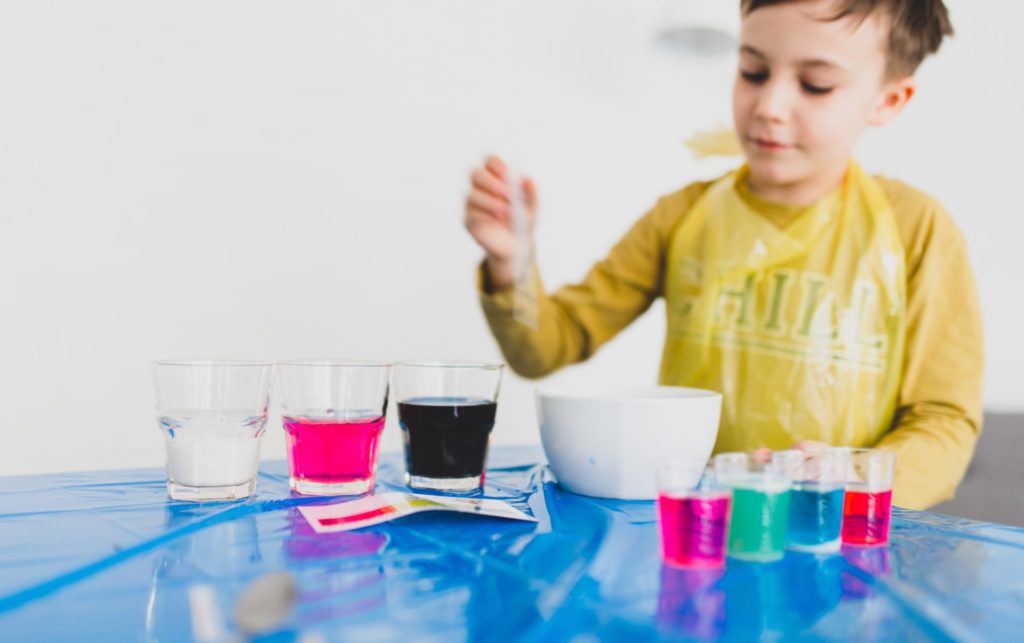 To start this experiment, you will need the following equipment: vinegar, baking soda and a balloon. Throughout the test, make sure to keep asking your kids questions about what you are doing in each step so that they will learn as they follow. For example, vinegar is an acid and baking soda is a base, meaning it is the opposite of an acid – therefore a reaction will happen.

Once you have added the vinegar into a small bowl of baking soda, the two mixtures combine and a reaction occurs. Bubbles will begin to appear and a hissing sound too, this means that a certain gas was released – carbon dioxide. Now, if you mix the vinegar and baking soda in a bottle, you can capture the gas in a balloon. If powerful enough it might be able to blow the balloon up.

To try this yourself, add vinegar to a bottle then add a tablespoon of baking soda into the balloon. Next, stretch the balloon over the bottle and dump in the baking soda – now watch the magic happen!

Helping your child learn about the world is crucial for them to understand all the different countries around the globe, and all you will need for this activity is playdoh and lots of glitter! Using these materials will encourage your children to have fun creating the world that we live in, and once it’s created, their knowledge of the earth will be spot on.

The earth is covered in 70% water so you will need a fair amount of blue playdoh around the edges of all the land. Once the water is filled in, you need to fill all of the missing land. So, using the glitter, mould each country onto the playdoh so when you stick it down it will become more clearer which country is what and you’ll be able to identify it easier.

To separate all the continents, use a variety of coloured glitter as this will make your earth sparkle to the way you like it! Your kids will go crazy with the glitter, so parents – make sure you clean up after them!

Creating a map of the world in playdoh and glitter is a great way to learn about each individual country and continent, but an important factor about this activity is it teaches kids how to create and be imaginative. Allowing kids imagination to run wild only encourages them to learn and understand more about the world we live in. So, buy your kids all the playdoh and glitter they want so they can create their version of the earth.

Every night when you look up to the sky, there are tons of stars from outer space and each star could represent either a galaxy or a planet in our solar system that is millions of miles away from us. But some stars are positioned in unique spots so they will join other stars and form a constellation.

A constellation is where stars form a perceived outline or pattern, typically representing an animal, mythological person or creature. Thousands of years ago, mankind looked to the stars in the sky to navigate themselves around the world, most notably following the north star.

Space in itself fascinates everyone’s mind, whether you’re a child or an adult – the curiosity of what lies beyond our galaxy never fades. Teaching children about the stars is a great way for them to learn about space outside of our solar system. Most kids in school are taught about the current solar system we live in, but never about how to follow the constellations in the sky. 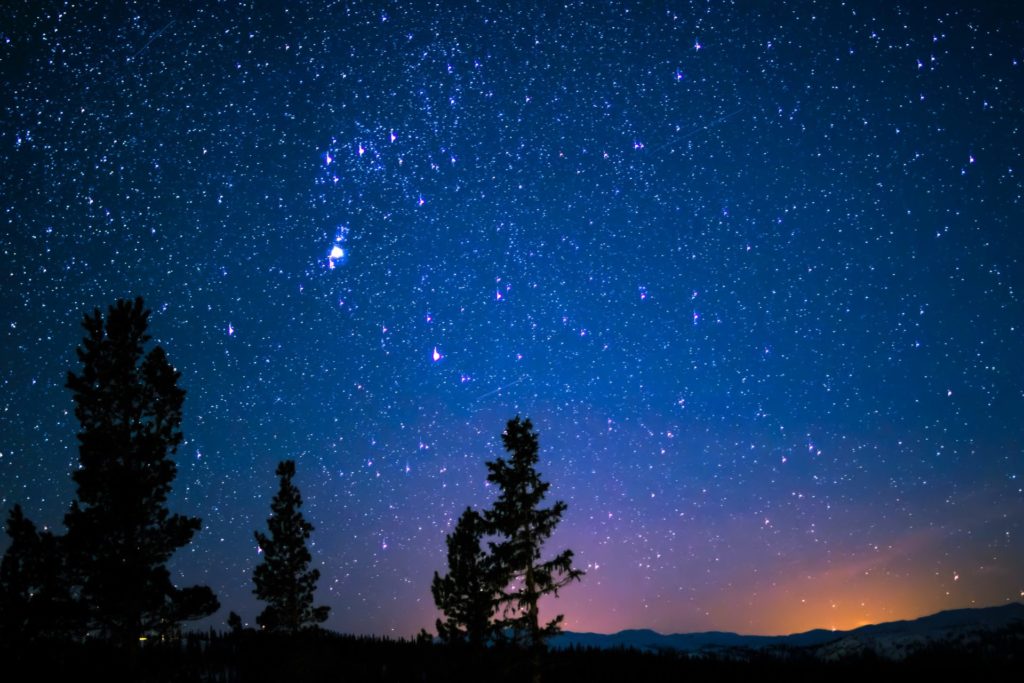 Birds are arguably one of the most common animals, as we see them all day every day in the trees or flying around in the sky. A popular idea many people create for birds is a feeder for them as during all times of the year birds require as much food as possible, particularly in the winter months.

Putting bird feeders out in your garden or in the woods is a simple and fun way to help the local wildlife, which is why so many people create feeders. Now, instead of designing a bird feeder from wood which can be a long process, we are going to show you how to create one from recycled material. 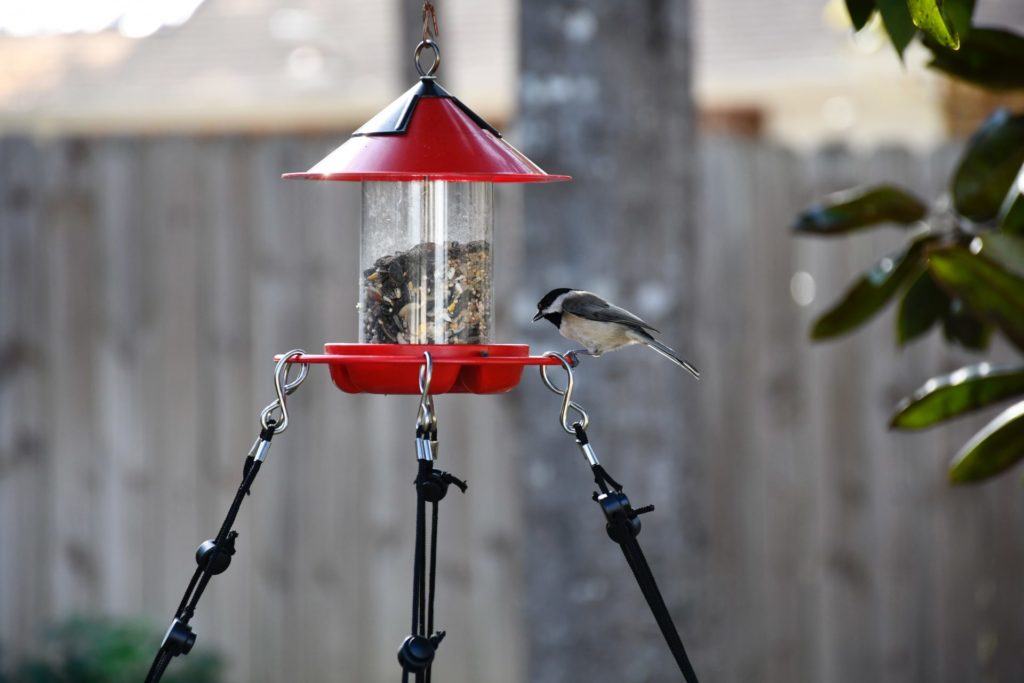 To begin creating your bird feeder, you will need: a bottle, string, pen, scissors, bird seed and a wooden spoon. Now you have the tools, you’re ready to begin crafting! With a pen, draw some circles around the lower part of your plastic bottle, so you end up with 2 circles opposite each other. Using the scissors, cut the two circles out but this can get tricky so we advise parents to do this part.

Next, we need one more hole that needs to be slightly bigger and place it above one of the holes you have just made. Once that is done, cut that hole out too and stick the wooden spoon through the two holes that are opposite each other. The larger hole is for the bird seed to fall out so the bird can peck at it, now,  fill the bottle half full with bird seed and tighten the lid

The hardest part is done, now all you need is your string to tie it around the neck of the bottle, so you will be able to hang it up. Sounds simple right? It really is! This activity doesn’t take a huge amount of time out of your day either so what’re you waiting for – get crafting!

We hope you enjoyed reading our list of fun learning activities for kids! Try recreating these activities yourself and get in touch to let us know how you got on.